IN THIS ISSUE:
Top 10 Rehearsal Mistakes Meet the Team
"Why Doesn't My Band Sound Better?"
Top 10 Band Rehearsal Mistakes
by David W. Snyder
Don't assume that because the spot in question was fixed today, it will remain that way. 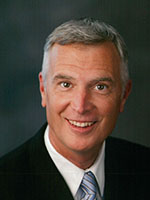 Many band directors are frustrated by sub-par performances from their ensembles and mistakenly blame their students. My 33 years of conducting and observing have helped me identify some common band rehearsal mistakes that lead to poor performances. They can be divided into two basic categories: time management, and critical listening skills. This is my list of the ten most common mistakes band directors make during rehearsals, including five items from each of these categories.

Many directors waste a lot of time with logistics and talking. It's important to start rehearsals on time and to have the chairs, stands, and music ready to go before the students arrive. Having the daily announcements projected on a screen can save time as well.

Most directors tend to over explain and use more words than necessary when rehearsing. It's important to remember that no one joined band to hear you talk. They joined band to make music! You need to decide what will be addressed before giving the cut-off, then give clear, concise instructions and keep the students playing.

The average ratio of talking to playing in a typical rehearsal is 70% talking and 30% playing. That's way too high! Strive for 50/50 in your rehearsals. If you don't believe that you are talking more than you are playing, ask someone to bring a stopwatch to your next rehearsal. Have them start it when the students are playing (or actively doing something) and then stop it when you begin to talk. You'll be surprised at the results!

2. Not Learning from Previous Rehearsals

Directors often fail to plan for the next rehearsal based on the one previous. We all need to establish a regular routine of listening to rehearsal recordings and score analysis. You need to mark problem spots in the score and then plan for rehearsals accordingly. Don't assume that because the spot in question was fixed today, it will remain that way. It's important to review frequently.

Directors are easily drawn on tangents causing them to stray from their original lesson plan. Monitor your time and know when to move on. It's a good idea to sketch out rehearsal time breakdowns for the whole week or even the entire concert cycle. Prioritize what is to be worked on, going from bigger to smaller.

Directors frequently spend too much time in "full band" rather than dividing and working in sections. If other staff is available, consider splitting the group into like parts the majority of the time rather than just on rare occasions. This will allow for more playing time for each section.

If no other staff is available, use after-school sectionals or student help for detailed work. If you choose to go this route, make sure the student-led sectionals are working on music that has already been introduced by you and just needs drill and repetition. It's not appropriate for students to introduce and teach new material and concepts.

I have found the Foundations for Superior Performance by Williams and King to be helpful for this. Establishing a common vocabulary for various articulations and teaching it to your students will speed up rehearsals when these articulations pop up in their music.

Directors can neglect to give specific feedback to players from the podium. If you are going to play a spot again, tell the students why. Be specific to who is responsible for the problem (third trumpets, bari sax, snare player, etc.) and be specific to what the problem is (attacks/releases, rushing/dragging, too loud/soft, too short/long, rhythm, pitch). It's really that simple.

Directors are often unable to hear the "true" problem that is occurring. It is essential to record rehearsals and then listen to the recordings with score in hand. Train your ears to listen for the less prominent parts. Most of your note and key problems will be in the horns, the lower trombones, 2nd and 3rd trumpets, and clarinets. Listen for these parts. Almost all "sloppy" playing is actually due to articulations or note length not matching. Having your students "sizzle" their parts with fast air pushed through their teeth is a great way to hear which sections are too long or too short and it also helps the students use better air support.

Directors tend to ignore inner parts and percussion. When in doubt, isolate the less prominent sections and hear what is really going on or simply ask the principal players to sit out and listen to the remainder of the section. You'll be stunned at what you hear!

When possible, allow your percussion to work separately with an expert (or skilled student) on their parts. This allows them to stay more engaged and allows you to work with the winds more closely. Use your percussionists to give feedback on tuning and balance during rehearsal as well. This teaches them to be more sensitive musicians.

Directors often tune pitches rather than players. Tuning individual notes with an electronic tuner does NOT teach your students to hear what out-of-tune and in-tune sound like. It is simply teaching them to VISUALLY adjust pitch. They aren't adjusting their instrument length nor are they learning to HEAR when notes are out of tune.

Players must be taught to produce a good, well-supported tone before the tuning of instruments can take place. If they aren't playing with proper breath support and proper embouchure, tuning will be a waste of rehearsal time. Once players are producing a good sound, they must be taught to recognize their own pitch problems and how to adjust for them. Note bending exercises during warm-ups is a good way to address this.

Directors need to ask for objective feedback from others, but not all do. Ask other music colleagues in your school to listen to your rehearsal. If that isn't a possibility, ask a respected director from another school to visit a rehearsal or listen to a rehearsal recording. It is important that you are prepared to listen to what they have to say. Don't become defensive and dismiss their comments because "they don't know my students!" That's not going to be helpful for you or your program.

Back To Top
Meet the Team
Up Close With...
Chase Cavalier

How long have you been with PMC, and what brought you to the company?
I have been with PMC for nearly 3 years. I joined the PMC team to be a part of a company that is progressive, has a vision, and keeps the end goal in proper perspective: to help kids and families make music.

Where did you grow up? Musical family? Professional background?
I was born and raised in North Little Rock and really looked up to my Mom and brothers. One of them played the trumpet in high school and began teaching me a few scales and whatnot on the trumpet in my 2nd grade year. I loved it and have been a trumpet player ever since.

Any pets?
Our family has an 11-year-old Black Lab (that thinks she is still a puppy) and a fish named Fastey (named by my son Connor...).

Any interesting hobbies?
I love all things fabrication. I enjoy working with my metal lathe, when I get a chance, and love building projects around the house. One of the bigger undertakings we have committed to in the past is a 1965 Shasta camper rebuild. We took it all the way down to the steel trailer frame and completely rebuilt it. It was an enormous project but was a lot of fun and I learned a ton in the process.

Anything else you'd like to share?
My wife, son, and daughter (Kalyn, Connor, and Penny), and I love spending time together. Our little family has truly found a hidden gem in Northwest Arkansas. We love it here and look forward to what the future holds for us! 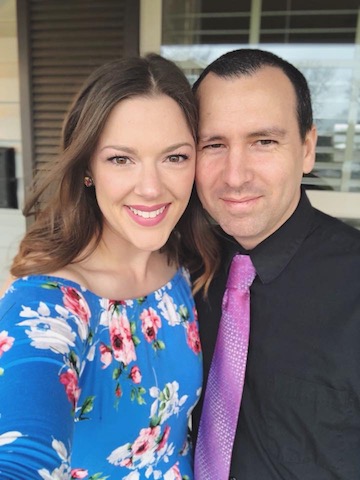 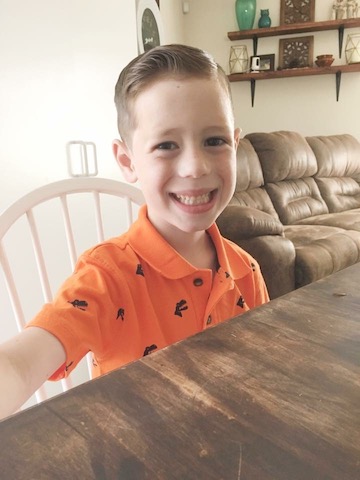 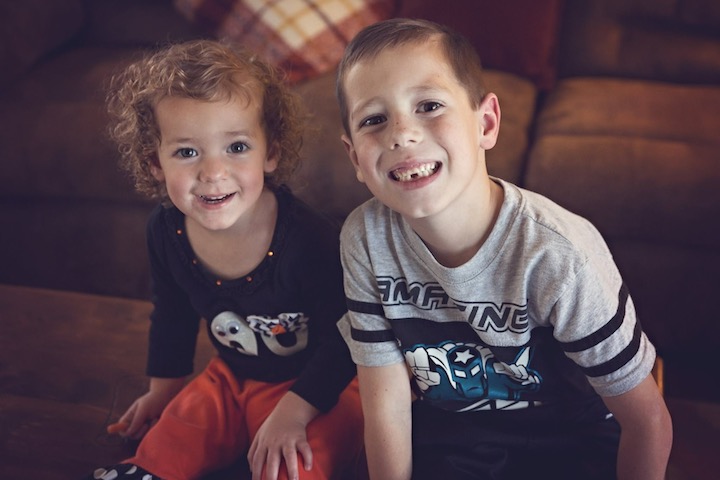